This week: put your thoughts to paper for the #EmberJS2019 Roadmap RFC 🛣🗺, a new addition to the Learning Team 👏, a sneak preview of ember-query-params-service ❓, and a retro of 💯 Ember Times. 🎉

Blog posts wanted! 🚨 We would like you to write a blog post to propose goals and direction for Ember for the next year. The content of these posts will help the Core Team to draft their next Roadmap RFC. Don't have a blog? #EmberJS2019 tweets or GitHub Gists are a-ok! Please share your posts by Monday, June 17th.

Looking to see what's already out there? Posts are being gathered at this community repo - thanks @abhilashlr! We wanted to share some highlights with you from posts we've read this week.

Our community, while truly amazing and supportive, is yet small. To flourish, we need support from developers who don’t work with Ember daily. These developers may professionally work with React, Angular, or Vue. They may be self-taught or attending school, looking to enter tech with minimal risk in career trajectory and minimal time to create showcase projects.

I hope query params get some love in #EmberJS2019. Biggest pain point of the framework right now imo. At least as development goes.

My hope is that Ember keeps leaning into the conventions that the rest of the JavaScript world have adopted and that those with experience in Vue or React can jump into an Ember project and not feel lost.

@rwjblue had two blog posts, so far, on what we can improve on in the coming year. His first blog was around [packaging improvements](https://www.rwjblue.com/2019/05/30/ember-js-2019-roadmap-wishes-packaging-improvements/ ), namely Embroider, and his second blog was around [policy changes](https://www.rwjblue.com/2019/05/31/ember-js-2019-roadmap-wishes-policy-changes/ ) on how “we can iteratively move forward into the future that can actually happen.”

Having a great packaging system is critical to Ember's success. This wish list is not long, but very important to land and 'get right'. […] We really need to adopt Embroider!

The Ember project as a whole needs to get much better about closing the loop on these dead ends, and communicate more clearly with the community so that they can avoid known future pitfalls when developing their ambitious applications.

Experimenting with existing popular toolkits like Webpack with Embroider is so cool and the features that other framework users are enjoying for a long time such as HMR, Code Splitting at various levels (route, component, etc.,) can be brought into the ember ecosystem with Embroider. I love to see embroider being the default built tool in 2019.

What I would like to see in this year's edition of Ember is developer friendliness. There are certain simple things that are annoyingly difficult to accomplish on EmberJS or are confusing to developers.

The goal should be that new Ember apps don't need to pay the cost at all, and existing apps can slowly remove these features over the next couple of major versions.

The ideal Ember Experience is that things work as they should out-of-the-box, following modern web development patterns. It's easy to get ramped up using real-world code examples that teach the recommended practices used by experienced Ember developers, from day one.

@chrisrng asks Ember to focus on increasing visibility in the JavaScript community.

As I pondered on what my hopes for Ember in 2019 would be, I realized that – for the most part – we are already working on them. […] I believe a lot of the work that we have done to make Ember Octane a reality would attract a wider rate of adoption for Ember. If developers knew about it.

@snewcomer encourages Ember to continue with its iterative improvements:

With Octane coming out, I have recently upgraded an old app to 3.9 with no huge issues. That is so cool. So 💯 on continuous improvement to the framework and ecosystem. […] Iterative ease on the learning curve, iterative ease integrating new features and iterative ease in helping you avoid pitfalls.

@chadhietala examines routing, single file format, and shipping features that are due.

I believe it's time to re-think the routing layer and make it feel more cohesive with the rest of the framework. While there is a large portion of the API that is nice there are noticable warts around the mental model of the router, routes, controllers and templates, query params, redirects/aborts. 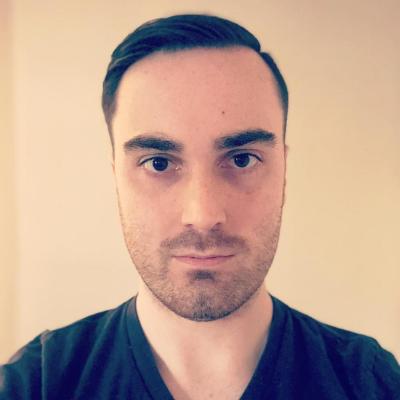 We are excited to announce that @rwwagner90 has joined the Learning Core Team and will continue to champion the work on Ember Inspector!

You may recall that we featured Robert in a past issue as part of our "I contribute to Ember" series, where we interview members of our open source community. Congrats! 🎉

This is an experiment to see if using decorators and a separate service to manage query params is a feasible alternative to the existing query params implementation. It's a very early preview and is expected to have bugs. Should you choose to go on an adventure with this, please feel free to report weird, unexpected behavior. There is an older RFC (it proposed to add query params to the router service) that has been updated based on development of the ember-query-params-service addon. All feedback welcome! 😊

One Hundred (and One) Editions of The Ember Times 📰 🎉

The Ember Times, one of your favourite news outlets about what's going on with Ember and its ecosystem, has shipped its one hundredth (and first) edition! 🎉 The Ember Times now looks back at a long journey that started out over more than three years ago:

In its first release on May 2nd 2016, Ember Learning and Framework Core team member Ricardo Mendes, also known as @locks 🔒, wrote - among many other topics - about the motivation of the newsletter, the recent issue triaging work by @pixelhandler and the recent implementation efforts to get Glimmer 2, Ember's super-fast rendering engine, over the finish line. 🏁

Since the first issue The Ember Times gained over 1300 additional subscribers for the e-mail format delivered by Goodbits and many more readers on the official Ember blog and we'd like to thank all our interested readers who read, engage with and provide feedback for the news that we published so far.

Most importantly, we'd also like to thank all the amazing contributors (in no particular order) who wrote for The Ember Times in the past three years:

We're grateful for all the hard work that community members put in to keep The Ember Times going for the past 100 editions. And we're already looking forward to another 100 issues for the future! Let us know what you enjoyed reading about the most in the past 100 issues of The Ember Times using the #100EmberTimes hashtag on Twitter or chat with us on the #support-ember-times Discord channel!