The video recordings of EmberConf 2019 are now available! But first, read about the benefits of volunteering at a tech conference 💪, an RFC on adding npm dependency lint ✨, a new {{fn}} Helper RFC 🎉, data loading and animation patterns in your Ember app 🌟, and you don't wanna miss tips on mentoring Ember developers 👩‍🏫! Enjoy some ✨ fan art by @delusioninabox 👩‍🎨, and read the exclusive interview with Ember contributor @pzuraq! 💬

3 Reasons to Volunteer at a Tech Conference 💪🏼

@lisaychuang shares her experience from this year’s EmberConf, and encourages newcomers in any tech community to attend a tech conference (and possibly volunteer!).

As a volunteer, you can get:

Curious to learn more? Check out her post on Medium: 3 reasons why you should volunteer at a tech conference.

@Alonski proposed that the addon ember-cli-dependency-lint should be added to the default blueprint.

This lint helps us detect early if our addons rely on the same package but use different versions. In such cases, Ember CLI merges all versions into one. This can cause our app to behave unexpectedly and become hard to debug. 😨😰😱

Check out the {{fn}} Helper RFC opened by @rtablada that introduces clear argument passing for functions in templates.

The {{fn}} RFC should solve for some of the complexity and confusion around the current action helper. The new {{fn}} helper will take in a function and set of arguments that are partially applied to the function (with no need for build time private APIs), and context binding will be done using the @action decorator in classes.

For more on the detailed design of the proposal, including comparisons to the action helper/modifier and some alternatives see the full RFC.

@ijlee2, a first time attendee at EmberConf, shares a tutorial on how to load complex data in a predictable manner and how to use animations to liven up your Ember applications.

The tutorial covers how you can make animations using Ember Animated and Web Animations API to help make your applications feel more dynamic and polished!

Another interesting area the tutorial explores is predictable data loading, overcoming bugs that you may encounter when having models and relationships and how you can use Ember Data Storefront to aid tackling some of this issues! Definitely worth checking out!

Read the full article alongside some video previews or check out a preview of the demo app from the tutorial.

Reflecting on Being a Former Noob 👶

While realizing she's no longer a beginner, @danielleadams documents her thoughts on what more experienced developers can do to help those newer to the tech industry and working as developers. Check out her blog post on the subject, stemming from her experience being a mentor at EmberConf!

If you missed the chance to see talks from EmberConf 2019, worry no more! Starting today, you can watch all of them on YouTube. Please upvote the videos and share them with your teams, communities, family, and friends! 💜

"I contribute to Ember" with Chris Garrett 💬 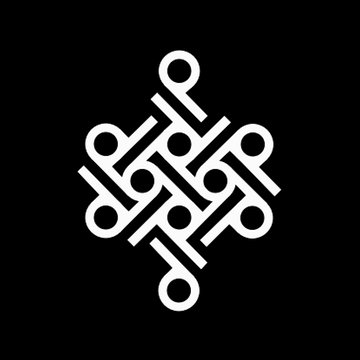 In the 9th edition of the contributor interview series, community member Chris Garrett, also known as @pzuraq, talks about his story getting involved with native classes and decorators in Ember. Chris also explains why everyone in the community is eager to help make your contribution a real success as well ✨